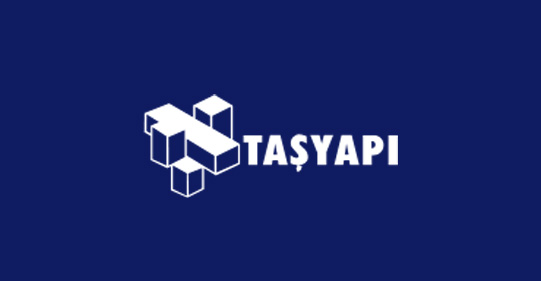 0 Reviews
0.0
Write a Review
This company has no reviews. Be the first to share your experiences!

0
Ask a Question
Have questions? Get answers from Tasyapi Albania or AlbaniaYP users. Visitors haven’t asked any questions yet.

Location map
Show Map
Expand Map
Rruga Reshit Collaku, Hyrja 2, Kati 3, Apartamenti 9, Tirana, Albania Get Directions
Description
Initially founded in 1979 and started its corporate activities in 1985, TAŞYAPI
Construction has become one of the most important construction brands of Turkey in
infrastructure and superstructure contract projects, mainly in luxurious dwelling production.
Having reached an annual turnover of 1 billion dollar in infrastructure and superstructure
projects; it comes to the forefront with its investments especially in residence, dwelling,
building, workplaces, culture centres, sport centres, health centres, touristic complexes,
highways, junctions, tunnels, pipe lines, sewage and watering systems and energy. The
company has a portfolio including 9.000 luxurious residences and 1.000.000 m2
superstructure project at home; and it has reached a business volume in the amount of 950
million dollars in Kazakhstan, Russia, Turkmenistan, United Arab Emirates, Iraq and Libya
abroad
Following Turkey, it has also become one of the most significant brands of building sector
internationally thanks to unlimited construction card and an extensive machinery park
beyond 100.000.000 dollars.
TAŞYAPI Construction opened branches in Dubai, Abu Dhabi, Saudi Arabia, Syria, Oman,
Ukraine, Turkmenistan, Russia and Tatarstan. It further aims to maintain its construction
activities in the areas such as Romania, Nigeria and Georgia, which have a significant
settlement potential in the world. Executing investment agreements regarding mining and
railroad projects in Africa, TAŞYAPI accelerated its studies to make investment in Europe
and America in the recent period.
Holder of an investment licence that exceeds 1 billion dollar for hydroelectric plants with a
power of 880 megawatt at home; TAŞYAPI maintains its investments in different sectors such
as energy, mining, aviation, tourism, petrol, agriculture and food apart from its main field
of activity, which is construction and contracting works with more than 18 thousand
employees and 15 subsidiari
Winning the tender for assignment of operation rights of Ercan Airport in Turkish Republic
of Northern Cyprus in 2012, it was included in distinguished construction brands,
performing airport management in Turkey.
Four Winds project, consisting of 4 blocks with 45 floors that was built making use of latest
technology in Selamiçeşme, İstanbul with a perfect view and architecture; Koşuyolu Koru
Houses Project in Altunizade consisting of 13 blocks with 208 flats,
Mashattan project in Maslak Istanbul, consisting of 10 blocks with 40 floors, İstanbul Ataköy
Novus Residence with 248 dwellings which just corresponds to the concept of residence
and Almondhill project with 750 dwellings, located in Acıbadem, one of the elite settlement
areas of Anatolian side of Istanbul are among the significant projects.
TAŞYAPI isn’t only engaged in the field of luxurious dwelling, it also increased its strength in
tourism with its investments in Mecidiyeköy Trump Towers Project, consisting of 44-storey
blocks along with 5-star Double Tree by Hilton Istanbul Moda hotel project.
TAŞYAPI completed and delivered the part, in the amount of approximately 200 million dollars,
of domestic and foreign infrastructure projects undertaken thereof.
TAŞYAPI reached part of 500 million dollars in just 14 months, out of 3 billion dollar
endorsement in 7 seven years, which is targeted in residence, business center and hotel
buildings.
Obtained in 38-year history full of achievements, TAŞYAPI crowned its commercial
achievements with social responsibility projects, one more significant than the other. In this
respect, school buildings, child raising hostels, constructed in several provinces of our
country as well as social residences, built for the families of martyrs are the source of proud
for TAŞYAPI.
TAŞYAPI also supports cultural and sportive activities with Elemental-Wellness brand.
Warranting quality life and safe living quarters in all areas, it makes an investment, TAŞYAPI
designs and realizes new projects by knowing the value of human life.
TAŞYAPI has adopted it as the main policy to meet the requests of the customers and go
beyond their expectation thereby managing its projects, carried into effect by harmonizing
its knowledge, experience and technology, with correct timing, top-end sense of quality and
rationalist cost principles.
Trying to attain its goals with new investments, TAŞYAPI focuses on environmentally-friendly
projects without making concessions on environmental sensitivity and comply at the toplevel with the applicable legal requirements of the country where it operates. I n all
projects, an efficient and effective, integrated management system, including quality,
aesthetic, worker’s health, safety and environmental issues, is applied.
Well-trained, devoted and industrious staff of TAŞYAPI as well as its experienced and
professional senior management staff had an influence for the current position of TAŞYAPI,
which gained a deserved dignity from its establishment until now. Operating with 38-year
of industrial and commercial knowledge, TAŞYAPI will continue to build our future thanks to
informed, devoted and professional staff.

Similiar Page for Your Business?

Make sure everyone can find your business online. Create your dedicated company page on AlbaniaYP - it's simply and easy!
List Your Business
BACK TO TOP